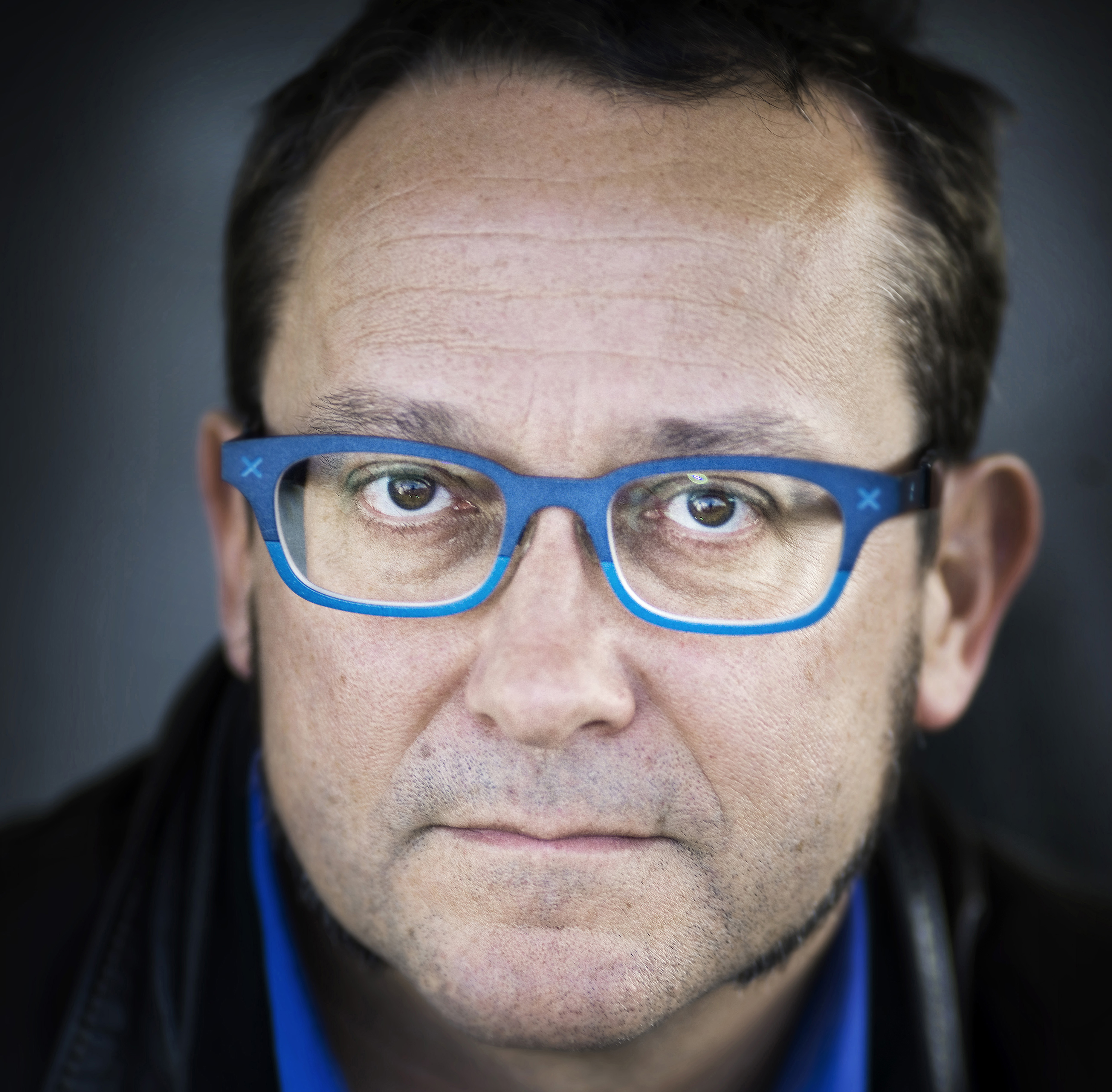 Porchlight Storytelling: Liars and the Lies They Tell

Tom Lanoye is an award-winning Belgian novelist, poet, and playwright. Starting out as a poet and critic, he became famous for his prose and drama, as well as his politically and socially engaged columns and his unique cabaret‐style performances. He is the author of more than fifty works of poetry, drama, and fiction, and his work has been translated into fifteen languages. His bestseller Speechless was awarded several major prizes and has been adapted for screen in 2017. Lanoye has won many literary awards, including the prestigious Constantijn Huygens Prize for his entire oeuvre. Slaves to Fortune was shortlisted for both the Libris Literature Prize and the AKO Literature Prize, and sold over 50,000 copies in the Netherlands. A born performer, when not on stage he lives between Antwerp and Cape Town.

Hagar Peeters, nominee for Dutch Poet Laureate, has won numerous prizes and published several volumes of poetry: Enough Poems Written About Love Today (1999), Suitcases of Sea Air (2003), Runner of Light (2008), and Maturity (2011). Her latest is the novel Malva, the unknown story of Pablo Neruda’s only child, told from the afterlife. She spent ten years researching the life of Malva in the Netherlands and Chile. She lives in Amsterdam with her son.

Tiffany Midge is the author of the memoir Bury My Heart at Chuck E. Cheese’s and The Woman Who Married A Bear. She is the recipient of a 2019 Pushcart Prize, the Kenyon Review Earthworks Indigenous Poetry Prize, and a Western Heritage Award. A former columnist for Indian Country Today, her work has appeared in McSweeney’s, the Offing, Waxwing, World Literature Today, and more. Midge is a citizen of the Standing Rock Sioux and was raised in the Pacific Northwest. She was awarded a 2019-20 Simons Public Humanities fellowship for University of Kansas Hall Center for the Humanities. She aspires to be the Distinguished Writer in Residence for Seattle’s Space Needle and considers her contribution to humanity to be a sparkly personality.

Sarah Cannon is author of the memoir The Shame of Losing (Red Hen Press). A graduate of Goddard College’s low-residency MFA program, she helped launch the inaugural Lighthouse Writer’s alumni program in 2016, a conference and retreat held each February at Goddard’s West coast location in Port Townsend, WA. Her nonfiction has been featured in The New York Times, Salon.com, Bitch magazine, and more. She lives in Edmonds, WA, with her teenagers and animals, and works at Seattle University.

Rene Denfeld is an award-winning author, journalist, and licensed private investigator living in Portland, Oregon. She is the bestselling author of The Child Finder and The Enchanted, which was a finalist for the Center for Fiction’s Flaherty-Dunnan First Novel prixe and received the Prix du Premier Roman Étranger in France. She has written for many publications, including The New York Times, Washington Post, Philadelphia Inquirer, and The Oregonian.

Michelle Ruiz Keil is a Latinx novelist and playwright. She teaches writing and curates All Kinds of Fur: A Fairytale Reading Series and Salon in Portland, Oregon. She has been a fellow at the Squaw Valley Community of Writers and Lit Camp and is a member of Las Musas, a collective of Latinx kidlit authors. Her published short fiction can be found on Cosmonauts Avenue and in the forthcoming anthology Color Outside the Lines. All of Us with Wings is her first novel.